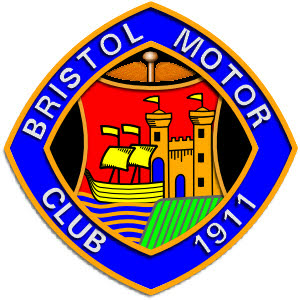 Information about the Club

Ever since the second decade of the 20th Century, the Bristol Motor Cycle and Light Car Club (as it was originally called) has been serving the interests of motorsport enthusiasts in the Bristol area.

But what do we do these days? The Club is, of course, registered with the Motor Sports Association, which governs all UK Motor Sport, and is also a member of the Association of South West Motor Clubs (ASWMC). We have a close working relationship with the Bristol Pegasus Motor Club. As a result of all these associations we receive invitations to a wide range of motor sport events not only in the Bristol area but also throughout the South West region.

Amongst the club membership are a number of licensed officials who have extensive experience of competing and organising at all levels of the sport. For example, Competition Secretary Paul Parker is a member of the MSA Sprint and Hillclimbs sub-committee and is Co-ordinator of the British Sprint Championship. He is a licensed Clerk of the Course, as are Tony Streeting, Mark Chater, Simon Mayo and David Potts.

AutoSolo made its UK debut in the hands of Bristol Motor Club in May 2002. This grass roots discipline now has a substantial following, with many competitors new to motorsport.

Without wanting to make an intentional pun, we have an impressive track record when it comes to organising motor sport. We organised the UK’s first post-war Speed Event in 1945, and in 1950 we organised the first ever race meeting at Castle Combe. Although most of those responsible for these initiatives are no longer with us, they have passed on their enthusiasm, dedication and experience to their successors, together with a pride in doing the job well.

In 2011 Bristol Motor Club celebrated its 100th year. The main celebration took place on the weekend of 25/26 June, combined with the 2011 Dick Mayo Sprint. It was especially appropriate given our association with Castle Combe Circuit, which we opened to motor racing in the 1950.

The sprint itself featured a class catering for historically significant vehicles, and the Saturday evening featured entertainment and a hog roast. On the Sunday there were demonstrations of vehicles covering 100 years motoring and motor sport and, not forgetting our origins as a motor cycle club, there were two wheeled displays also. The highlight of the day was a champagne reception with buffet for 200 invited guests, during which Rob Jones, General Secretary of the MSA, presented the MSA Club Centenary Award.

You can keep up to date with our plans by visiting www.bristolmc.org.uk

Contact This email address is being protected from spambots. You need JavaScript enabled to view it.